A look at a big week to come at The Park:

* The International Fight League’s Chris Horodecki will stop to discuss his upcoming fight against Shad Lierley at the IFL GP Finals on 12/29.

* Larz from No Mas Online will recount the annihilation that was Mayweather-Hatton and explain just how he knew the fight would end with a TKO in 10th.

* FightLinker.com‘s Ryan Harkness will look back on The Ultimate Fighter Finale and explain why he was so confident Clay Guida would defeat Roger Huerta (what a fight!). Perhaps a little too confident.

* We’ll look back at the history of Ring of Honor with PulseWrestling.com‘s ROH Savant – Aaron Glazer.

* HDNet Fights’ Tristan Yunker will preview his upcoming fight against Pete Spratt and what he needs to do to defeat the MMA veteran.

* Speaking of HDNet Fights, I’ll be making the trip to Dallas later this week to cover their upcoming show so if anyone will be out there be sure to say hello (more on this later in the week).

That’s it for now but, trust me, but we expect many more guests from the combat sports world to stop so keep grab a permanent seat at the Coliseum of Combat Sports.

A look at who will be stopping by The Park this week:

* You knew it was just a matter of time before the Pride of Montreal, Georges St. Pierre, graced us with his presence. Well, the time has come and GSP will stop by to preview his upcoming fight against Matt Hughes at UFC 79.

* Professional wrestling legend Diamond Dallas Page will discuss life outside the ring and reflect on his career.

* One of the top stars in the UFC’s Lightweight division, Kenny Florian (kicking above), will break down what he’s been up to lately and who’s next on his fighting wish list.

* We’ll talk to Ring of Honor’s Brent Albright about his bright young career and his goals for 2008.

* The Ultimate Fighter’s most notorious cast-member, Gabe Ruediger, will talk about his experience on the show and, most importantly, what he has learned from it all.

* Speaking of The Ultimate Fighter, TUF 6’s Richie Hightower will recount his time on the show and talk about his bout against Troy Mandaloniz at the 12/8 Finale.

* Another chapter in the ongoing “The Battle of The Blogs” will be written as Sam Caplan will respond to Ryan Harkness’ comments from our interview last week.

* MMA star Yves Edwards will preview his upcoming appearance for HDNet Fights (Edwards was supposed to come to The Park last week but had to postpone).

* Our Sweet Scientist, Larz from No Mas Online, will break down all things Mayweather-Hatton as we approach the big showdown next Saturday.

And that’s just the tip of the iceberg, my friends. We’re also working on some pretty big appearances for the coming week so grab a permanent sit here and tell all your friends about what’s going down at JarryPark.com! 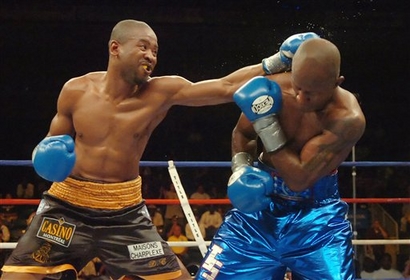 * Current cast member on The Ultimate Fighter: Team Hughes vs. Team Serra, Troy “Rude Boy” Mandaloniz, will talk about his experience on the show and his thoughts on Matt Serra not cornering him.

* Former ECW, TNA and WWE wrestler, Kid Kash, will let us know if he is in fact returning to TNA or taking his career elsewhere.

* Strikeforce Light Heavyweight champ, Bobby Southworth, will discuss his latest fight against Anthony Ruiz and when he is looking to step back into the cage.

* Legendary pro wrestler, Brutus “The Barber” Beefcake, will take a trip down memory lane when he looks back at his decorated career.

* The UFC’s version of Harold Lederman, Eddie Bravo, will break down all things UFC and MMA with us.
All that and so much more including press conferences by Ricky Hatton, Floyd Mayweather and Booker T. It’s certainly going to be a great week at The Park.

Got a question for any of these guests? Drop us a line in the comments section and we will be sure to ask them. In the meantime, download all our great interviews via iTunes or Odeo by clicking on the links at the top right of the page.

A look at the week to come at Jarry Park…

– We teased this last week and for a while things looked bleak but, yes, legendary boxing trainer, Manny Steward, will join us to clear the air on his departure from Team Taylor. This one should be interesting.

– Bloodyelbow.com Editor-in-Chief, Luke Thomas, will stop by to break down UFC 78, where the main fighters go from here and Dana White’s announcement that Middleweight Champion Anderson Silva will defend his title against Dan Henderson in March. (I wonder if that fight will be billed as a unification bout or has Pride officially been erased for good?)

– Ring of Honor star, Larry Sweeney, will grace us with his Sweet ‘n Sour presence to discuss life on the Indy wrestling scene and if he has any aspirations of becoming the next ROH star to defect to WWE or TNA.

– Oscar De La Hoya will join Team Mayweather (Roger Mayweather & Leonard Ellerbe) and Team Hatton (Billy Graham & Kerry Kayes) on a conference call to hype Mayweather vs. Hatton on 12/8 and The Park will be there to cover it.

– MMA superagent, Ken Pavia, will talk about how he got into the fight game, his growing list of clients and whether Sean Salmon (a client of his) should ever fight again. (Salmon suffered an apparent seizure following a knockout by Yuki Sasaki at the Strikeforce show on Friday but appears to be fine.)

– A lot more is in the works but that’s all I want to announce for now…cool?

Finally, I am very excited to report that I will be a guest on the Fight Network radio program on Sirius Channel 186 this Thursday at approximately 3:10 p.m. EST. This is a tremendous honor for me as I am a huge admirer of all things Fight Network (including the great Live Audio Wrestling show). Truth be told, absolutely no one covers the combat sports world like they do and I can’t think of any better way of spending Thanksgiving than with Mauro Ranallo and John Pollock. 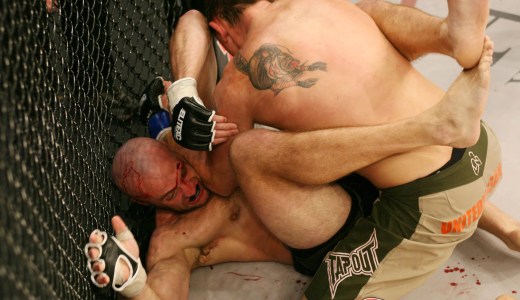 A look at the week to come at Jarry Park.

Here’s what’s in store for us at jarrypark.com this week. We’re working on much more but this is what we can confirm, thus far:

Also, we’ll be sure to hear from several IFL World Grand Prix winners, the fallout of Calzaghe-Kessler and all the news leading up to TNA: Genesis.

If you’ve never heard of Kimbo Slice you might want to watch the video below: 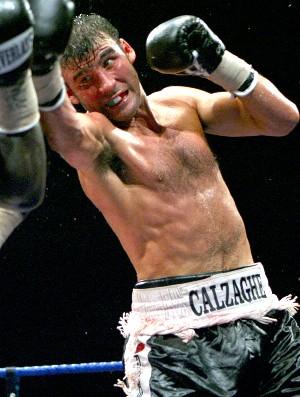 At the start of every week we’ll let you know what we’re working on and which interviews you can expect to hear on jarrypark.com. Below is a list of interviewees we have already confirmed. Something tells me this is going to be a great week.

And that, my friends, is just the tip of the iceberg. Seriously, we have tons more interviews lined up but since they are not 100% confirmed we don’t want to announce them just yet. If you want to hear us discuss a specific topic or talk to a certain fighter drop us a line and we’ll make it happen. Have a great week…