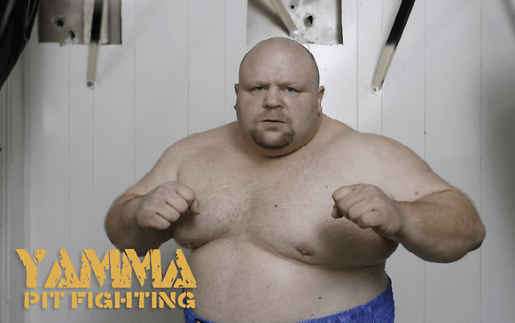 There’s another loaded weekend of combat sports on the horizon so we’re going to get a head start and hit you with a preview of the big one first: The 82nd Ultimate Fighting Championship pay-per-view.

I’ve been looking forward to this card since the Dan Henderson vs. Anderson Silva main event was announced back in October. Of course by now you know the story: Title vs. Title. Pride vs. UFC. Middleweight unification. It’s all so very exciting.

Since I have a feeling that Silva-Hendo might be one of the best main events of ’08, I called upon one of the best MMA writers around – Sam Caplan of CBSSports.com, ProElite.com and Fiveouncesofpain.com – to preview the card.

* Comparing the buzz leading up to this event as opposed to UFC 68 (the last card held in Columbus, OH)

* Do Pride titles even mean anything anymore?

* What does Dan Henderson need to do to derail the Spider?

* What’s at stake for Jon Fitch and how dangerous is Chris Wilson?

* What does the future hold for Andrei Arlovski, Diego Sanchez and Josh Koscheck?

Sam’s appearances at The Park are always tremendous and some of my favorites. This one was no different.

Caplan vs. Harkness. 5 oz. of Pain vs. FightLinker. The Battle of the Bloggers is nearing, my friends.

Last week, we invited Ryan to The Park to discuss why he decided to challenge fellow MMA writer Sam Caplan to a sanctioned fight sometime next year.

So, it only made sense to then reach out to Sam for his thoughts on the challenge and to respond to some of Ryan’s comments from our interview.

Without question, Sam is one of the top MMA writers covering the sport. His work on cbssports.com and proelite.com is tremendous and in case anyone was wondering whether or not he is taking Ryan’s challenge seriously our interview (which can be heard below) will put all those doubts to rest.

Forget about GSP-Hughes III, the announcement that really rocked the MMA world this week* was Ryan Harkness (FightLinker.com) challenging Sam Caplan (fiveouncesofpain.com, proelite.com and cbssports.com) to a REAL MMA fight. No, really he did. And, yes, they are going to fight.

I had heard some rumblings that Ryan was going to challenge Sam before the end of the year and he officially did it earlier this week. Needless to say, I can’t wait to watch these two blogging legends to officially get it on.

FightLinker.com and Fiveouncesofpain.com are, without a doubt, two of the best MMA blogs out there (I would even say they are two of the best blogs period but that might sound like a bit of stretch to someone who hates mixed martial arts). Sure, Ryan talks a big game on his site but give the man credit – he is certainly putting his money where his mouth is by issuing this challenge.

Since JarryPark.com is attempting to establish itself as the leader in combat sports interviews it seemed like a natural fit to talk to Ryan about his challenge, how he plans on training for the fight and when we should expect it to go down. I look forward to having Sam come to The Park and respond.

Who’s going to win the battle of the blogs? Let us know in the comments section.

*Fine, maybe this challenge didn’t really rock the MMA world but, damn it, I am excited to see two bloggers fight!

This Saturday is a huge night for combat sports enthusiasts. Not only will HBO PPV be televising the highly-anticipated Miguel Cotto vs. Shane Mosley bout but Showtime will also offer up a great Elite XC card for the MMA lover in all of us.

Elite XC is less than a year old but they are quickly establishing themselves as a viable player in the world of Mixed-Martial-Arts. Most of their events have been met with great fanfare (we won’t discuss the Los Angeles Coliseum debacle) and this Saturday’s show from Corpus Christi, Texas is shaping up to be a great one.

The main fights on the card are:

Obviously, the main questions leading up to this event are whether or not boxer/MMA fighter KJ Noons has what it takes to go toe-to-toe with Nick Diaz, will this be Jake Shields’ last fight for Elite XC and can Kimbo Slice’s “success” in the world of street-fighting translate into a prominent MMA career.

I invited one of the country’s best MMA journalists, Sam Caplan of proelite.com, fiveouncesofpain.com and cbssports.com, to preview this card and also discuss other Elite XC issues. Our discussion can be found below.