I want to root for TNA, I really do. The business needs an alternative. However, most of the time it’s hard to do so because beind-the-scenes they haven’t been very receptive to good ol’ Jarry Park. Actually, they have been downright rude to us on MANY occasions but, nevertheless, they are the number two game in town right now and that, in itself, makes them relevant. I won’t start covering their PPVs or big shows anytime soon but I will give props when it is due.

This past episode of Impact! featured two video packages that should give wrestling fans hope that TNA actually knows how to produce an interesting and compelling television show because for a while the jury was still out on that one. And, wouldn’t you know it, the genesis of both ideas came from outside the wrestling world. Who would have thunk it? There are actual lessons to be learned from the real world.

WWE refuses to change with the times. The Mayweather-Show angle – which should have been a home run – has been adequate at best (this week’s package on the Big Show at home with his wife and dogs was interesting but I have no idea what he said as I was blinded by the royal blue shirt he was wearing).

So, here comes Team Orlando showing Samoa Joe training with the likes of UFC fighter Marcus Davis. They are actually building up Angle-Joe XXXVIII into a heated affair. No girlfriends, no wives, no underwear, no tanning beds – just two guys who want to kill each other and have valid reasons for wanting to do so. Brilliant.

Next, we have the next installment in a new segment called “Rough Cut.” (On a sperate note, one thing that really gets under my skin when watching TNA is how much television terminology they use during their broadcasts. The average person doesn’t know what B-Roll or even a rough cut means yet, for some reason, they continue to use them.) Sure, I could give a rat’s behind of the problems Kipe and BG James are or have been experiencing but the segments have been great if not a little short. Make these characters real. Forget the gimmicks and the over-the-top storylines. Give me Jay Lethal and Christopher Daniels and get rid of Black Machismo and Curry Man. If I want to see cartoon characters I’ll watch ABC on a Saturday morning. If I want jokes I’ll watch Comedy Central and if I want to see porn I’ll watch Skinimax.

Is it that f*cking hard to understand? 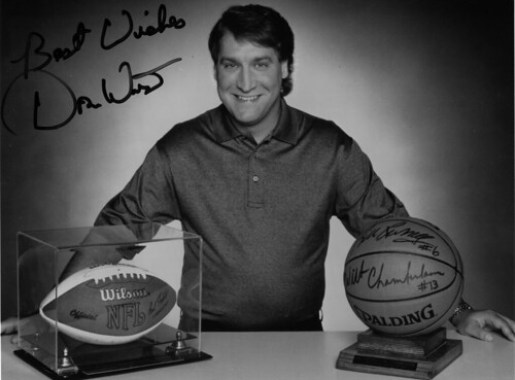 We promised this bi-weekly feature when JarryPark.com first opened for business and while it had to be delayed a bit I am glad to finally roll out “The Angle Diaries.”

Obviously, we couldn’t deliver “The Angle Diaries” without TNA Wrestling’s Heavyweight Champion, Kurt Angle, but, thankfully, he has returned.

So, what are “The Angle Diaries” all about, you ask? Basically, every second week or so (we are flexible when it comes to these things) we’ll be joined by Kurt to discuss his life in TNA, other projects he’s working on and other topics surrounding his career.

This week, we discuss tomorrow’s TNA Turning Point pay-per-view, the current direction of his character in TNA and his all-time favorite matches and opponents.

The worst kept secret in professional wrestling – six-time Heavyweight champion, Booker T, signing with TNA – proved to be correct last month. Since signing with TNA, Booker has repeatedly said that he was unhappy with the current direction of his former employer World Wrestling Entertainment. In fact, after his departure from WWE he wrote on his website:

“I had been unhappy for quite some time with the direction that the company was going in. In fact, I asked for my release back in July for that very reason. However, after further contemplation, I decided to continue on with WWE because of my passion for this industry and my desire to entertain the fans. Unfortunately, it quickly became apparent that my unhappiness with my work environment was beginning to take a great toll on other aspects of my life.”

However, as we all know, there are two sides to every story. After Booker’s name came up in the infamous Signature Pharmacy investigation he was suspended from WWE. Apparently, Booker took exception to the suspension and asked for his release…or was he fired?

While we will never truly find out if a) Booker actually asked for his release or was fired and b) if he ever purchased anything from Signature we can welcome the fact that one of the top performers of all-time has found a new home in TNA. Booker’s arrival will, at least for the time being, give the promotion some new blood to work with.

Take a listen as Booker discusses his arrival in TNA Wrestling, the Signature Pharmacy story and his reasons for leaving WWE. (Apologies for the audio but the issue isn’t wasn’t on my end.)

Alex Shelley (right) has been a member of the TNA roster for over three years and enjoyed some measure of success throughout that run. However, nothing compares to what he is currently experiencing as one half of the Motor City Machine Guns (MCMG).

Teaming with his good friend, Chris Sabin, has propelled Shelley and MCMG into one of the hottest acts in TNA. Case in point: The Guns‘ t-shirt was the highest-selling shirt at the Bound For Glory PPV weekend last month.

The rise of MCMG is very reminiscent of LAX’s popularity boom last year. And while LAX seems to have cooled off for the time being, Shelley & Sabin continue to produce some of the best matches for TNA Wrestling.

Last night’s Genesis PPV bout against Team 3D was arguably the match of the night and while the Detroit natives have a long ways to go before anyone compares them to the great tag-teams of yesteryear there is no question they are currently the most popular duo within the TNA tag-team division.

I spoke to Shelley following his victory over Team 3D last night about the origins of MCMG, his career in TNA and what’s in store for the brightest young team in wrestling. 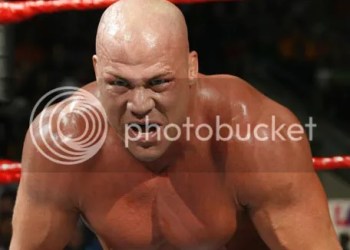 What a year its been for Olympic Gold medalist Kurt Angle. First, he leaves World Wrestling Entertainment after a legendary seven-year run. WWE claimed they fired him for repeated drug suspensions; Angle claimed he pulled a fast one on Vince and tricked him into releasing him. Rumors then begin to circulate that Angle is talking with the UFC about fighting for their promotion. Then, all of a sudden, he signs with TNA wrestling and it appears as though his wrestling career is back on track…That is until his name comes up in a Florida steroid investigation, BodogFight begins negotiating an MMA contract with him and he wins the TNA heavyweight title…

…But his year didn’t end there. Angle recently appeared at an International Fight League event fueling more rumors that he is interested in trying his hand at MMA, he’s charged with a DUI and UFC president Dana White continues to call him out. Then the UFC announced that they had signed Angle’s long-time friend and opponent, Brock Lesnar, to a two-year deal.

And while announcing the Lesnar signing, White didn’t forget to (sort of) take a shot at Angle:

“I don’t think there are any other pro wrestlers who can make the transition to MMA except for Brock Lesnar.”

It was time to reach out to Angle and ask him about his future in MMA, his recent arrest, Lesnar’s signing, Couture resigning and more. All in a year he will surely never forget.

(Sorry for the echo in our voice. It will never happen again. Enjoy.)