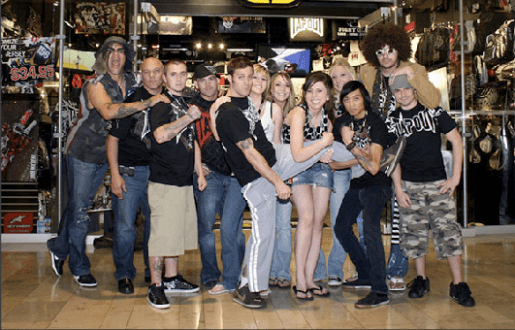 I’m sure most of the residents of Jarry Park have attended at least one UFC event at some point in their lives.

Not so for our weekly ranter, John Pollock. The producer of Fight Network Radio and Live Audio Wrestling popped his UFC cherry this weekend when he made a last-minute decision to drive down to Columbus, OH, to watch UFC 82.

You may be thinking: “Ugh, not another blow-by-blow diary of a UFC weekend!”

Au contraire, mes amis. Take a listen as Pollock recounts his memorable drive down to the Buckeye State in the midst of a snow storm and, most importantly, breaks down his top 5 observations from attending his first MMA event.

If you’ve ever been to a show I think you’ll agree that Pollock’s POV is dead on.

You can hear more from John Pollock (who is thankfully not shown above) weekdays at 3 p.m. ET on Fight Network Radio on Sirius channel 186 or via Hardcoresportsradio.com not to mention every Sunday evening at 11 p.m. ET on Live Audio Wrestling.