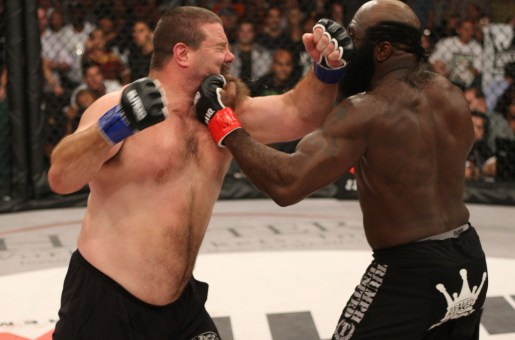 1. Kelly Pavlik is no flash in the pan

2. Miami sure does love them some Kimbo. What an amazing crowd

3. Even in defeat, that was Jermain Taylor’s best fight as a pro

4. Tank Abbott must be a Ric Flair fan

5. Other than the fact that there were no knock downs, I enjoyed the second Pavlk-Taylor fight better than the first

7. Nice to see a solid undercard on a boxing PPV

8. For Yves Edwards to be truly “back” he needs to fight a top-20 contender. Until then, I just don’t buy it

9. James Thompson needs to rethink the way he starts fights

10. Brett Rogers and Scott Smith should share KO of the night honors. Still not sure which one was better but both men looked great.

11. Very disapointed in Antonio Silva’s performance. In fact, props to Ricco Rodriguez. Hopefully this helps him get his life back in order

12. Bill Goldberg needs to take it down a notch. He is way too aggressive and I hate the fact that he is so visible in the cage after the fights. When the fighters are giving each other props he shouldn’t be jumping in there too.

13. Enough with the DJ after fights. And while we’re at it, enough with making the fighters wear EliteXC hats too. It’s so weak.

14. What’s with all the Shamrock vs. Kimbo talk? Aren’t we in agreement that if Shamrock defeats Buzz Berry next month that he should then fight his brother, Frank?

15. If Pavlik really does fight Trinidad next I will truly fall into a deep depression.