The former UFC fighter talks about his IFL debut 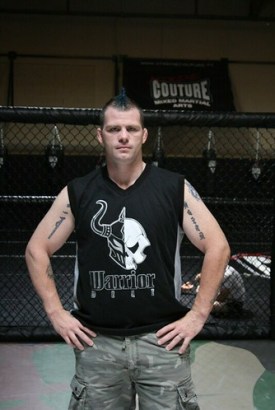 Really loved this interview* particularly because Josh Haynes was very candid with his thoughts. Haynes makes his IFL debut tonight against Leopoldo Serao at the Orleans Arena in Las Vegas (HDNet, 11 pm EST).

Haynes gained his initial fame on The Ultimate Fighter 3 when he made it to the finals against Michael Bisping. Unfortunately, though, he would end up losing the bout.

It’s been well-documented that his son has had to endure seven brain surgeries for a tumor he developed at a young age and that has very much endeared the 30-year-old figher in the eyes of MMA fans.

Some of the topics we discussed included:

* How he hooked up with the IFL

* His thoughts on the Couture/UFC saga

* Why things soured between him and the UFC

* His disappointment in what mixed martial artists earn for their fights

*The only part I didn’t love about this interview was that just moments before talking to Josh my audio recording system decided to crash on me. So, I was forced to record it using my computer microphone. That would explain the hollow and slightly distorted nature of my voice. Sorry about that. I promise the audio problems will be fixed soon!

3 thoughts on “Josh Haynes Looks To Bring The Pain Tonight”