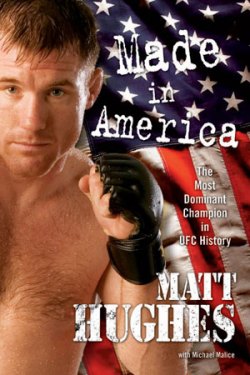 Michael Malice is the editor of overheardatcollege.com and worstemailever.com. He is the author of Overheard in New York and also the subject of Harvey Pekar’s Ego & Hubris.

So, what the hell is he doing co-authoring “Made In America” – the Matt Hughes autobiography? Good question.

A year ago, if I were forced to guess one author who would help write the first mainstream MMA autobiography, Michael Malice would probably be my last pick. Simply put, the Brooklyn native doesn’t strike me as “the MMA-type.”

But (as Malice mentioned in our interview) that actually makes him the perfect candidate to co-author this book. I couldn’t agree more.

Take a listen as Malice talks about how he crossed paths with the former UFC Welterweight champion, his experiences living in Hillsboro while working on the book and why Matt Hughes isn’t such a bad guy after all.